For reasons I don't know, St. Wenceslaus is primarily remembered in America because of the Christmas song associated with him. Here are five things you probably didn't know about this Christmas saint who's feast is September 28th.

1) “Good King Wenceslaus” wasn't actually a king! He was Duke of Bohemia and received the title of “King” posthumously from Emperor Otto I.

2) His mother arranged to have St. Ludmilla strangled to death for raising her son as a Catholic. She had her mother-in-law martyred in 921.

3) He was murdered by his own brother who conspired with his mother against him. Wenceslaus was raised by St. Ludmilla, his grandmother as a Catholic. His mother and brother were pagans and didn't want him on the throne. They had him killed on the way to a Mass commemorating Sts. Cosmas and Damian.

4) One of the oldest known Czech songs is about St. Wenceslaus. The St. Wenceslaus Carol was written in the 12th century and was a contender for the national anthem when the Czech state was being formed after World War I. 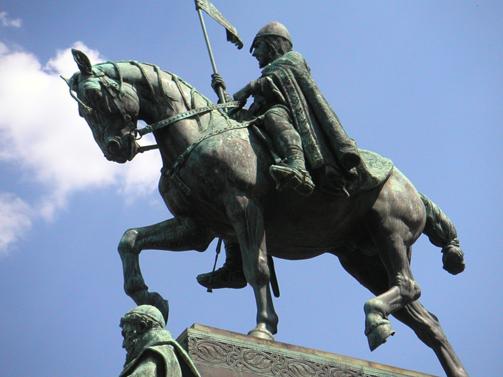